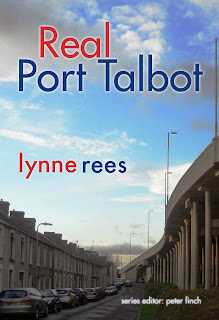 It's a good thing because it gives me more time to work on Real Port Talbot, a book I've been commissioned to write about my hometown in South Wales, which will be published in November 2013. And you know how one project can easily and excitingly lead into another.


And it's a sad thing because I will miss this concentration of poetry, your voices, our conversations on this blog.

But the AppleHouse site will remain up for people to browse through. These have been wonderful years and there will be more in the future, I am sure.


Let me leave you with the following poem that appeared on The Writer's Almanac today.

Keep saying it too. And stay in touch.


Saying it. Trying
to say it. Not
to answer to

logic, but leaving
our very lives open
to how we have

to hear ourselves
say what we mean.
Not merely to

know, all told,
our far neighbors;
or here, beside

us now, the stranger
we sleep next to.
Not to get it said

and be done, but to
say the feeling, its
present shape, to

let words lend it
dimension: to name
the pain to confirm

how it may be borne:
through what in
ourselves we dream

to give voice to,
to find some word for
how we bear our lives.

Daily, as we are daily
wed, we say the world
is a wedding for which,

as we are constantly
finding, the ceremony
has not yet been found.

What wine? What bread?
What language sung?
We wake, at night, to

imagine, and again wake
at dawn to begin: to let
the intervals speak

for themselves, to
listen to how they
feel, to give pause

to what we're about:
to relate ourselves,
over and over; in

time beyond time
to speak some measure
of how we hear the music:

today if ever to
say the joy of trying
to say the joy.

This month I've been taking part in a River of Stones, an international writing project organised by Fiona and Kaspa, that encourages participants to write a small 'stone' every day. I know some of you have joined in too but if you haven't you can read more about it here.

The project may run again in July (it did last year) and I'll join in again. The discipline of stopping and looking around my world, the physical, intellectual and emotional ones, for a few moments and noticing what's there, what's really there, not what I think is there, is always a good one.

Today's writing prompt comes from one of my River posts which is why it doesn't have a title... yet. 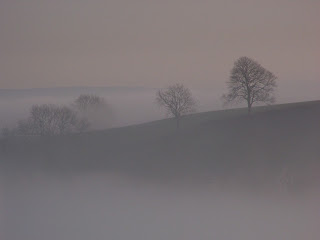 Rain overnight and this morning
not a crackle of frost on the trees
or along the kerb around the yard
only a mist of grey above
and between the bare branches.

I miss the hills, the green roll
of them swallowed by cloud.
The day is too soft for clear thought.

And what will you do this year?

Write a poem that begins:

It doesn't have to be factual. It can be imaginary, or wishful, or fantastic too.

Write wildly at first. Worry about shaping and editing later. Keep going for at least 10 minutes without stopping to judge or change your mind.

I look forward to reading your final drafts of your year ahead.

Celebrating one of our own

Many congratulations to Catherine (Foster) for winning 1st Prize in a competition run by First Time magazine with her powerful poem, The Prodigal Son. And thank-you, Catherine, for sharing it with AppleHouse:


The Prodigal Son
It’s the hogshit stink rising with the sun
that’s done for me.
My hands webbed, gloved with the stuff.
And the cornhusks: dry as old harlots I’ve had
when shekels ran low.
One shindig after another. Sex
like shooting stars. My belly a wineskin,
now scooped out, shrivelled as the last fig of summer.
Birds could perch on each rib.
A cowl of shame.
Dare I shadow my father’s house?
The utterance of my name-
each letter an ulcer on his tongue?
Will I be but a mote of dust
shooed out by his hirelings?
I set off, sandals flap like dying fish.
Vultures fidget in my path.
My Father-
arms outstretched in folds of the wind.
I stagger, kneel.
The forgiveness of a fatted calf,
purple robes to cover skin pleated over bones.
Words of silver to quench my thirst.
My son who was lost is now found.
And my brother?
He vomits envy.
I thought it would be a good idea to set a poetry prompt in response to Catherine's poem. Choose a biblical character and write a poem in their voice. 'Persona' poems, as they're called can be written in a number of ways:
1. You stay true to that character's experience and re-tell their story.
2. You use that character as a mask to talk about your own concerns (e.g. using the voice of Eve to talk about feminist issues)
3. You update the character and their story and give it a contemporary 21st century spin.
There's no shortage of characters to choose from and given the season you might even like to choose one from the nativity story.
Looking forward to reading your work.
Write well.
Lynne
x
Posted by Lynne Rees at 00:22 11 comments:

Hello from Kent where I've spent more time inside the oven that I really wanted to and where the cardboard boxes are gradually diminishing. But not in my writing room. We left all our library shelving in the house in France so I'm waiting for new pine bookcases and a new pine desk which won't be here until after Christmas. It's not that I really need access to all my books but I do feel better when they are all facing me, the bright colours and words on their spines smiling at me as I pass, and not lying on their backs in the dark. But not long now.

Home means apples - there are 20 acres of apple trees just outside my door. It means log fires - we've kept the wood stove alight 24/7 since being home. An open fire in late autumn and winter is one thing I really missed in the house in France.

This week I've paired things that I haven't paired before: apples and sausage-meat (for a savoury supper), and big paintings and little paintings (to create a different effect on the walls in the lounge and kitchen:

Placing them next to each other like this made me think of haiku, of the phrase and fragment (or fragment and phrase) construction a lot of contemporary haiku take:

The haiku at the end of my last post was phrase/fragment:

fall, yet new leaves
on the plane trees:
we pack to go home

The longer part of the haiku, the phrase, extends over the first two lines and the fragment (a single image or comment) is confined to the third.

Free verse poetry can play with similar constructions e.g. long lines alternating with short lines, or perhaps a poem made up from regular stanzas that closes with a single line set apart at the end. The poet's craft lies in knowing why we do this, the effects that changes in pace will have on the reader, on their breathing, how isolating lines will change their relationship to the words on the page.

Write a poem that changes its form at some point during its development. Think about:
long lines
short lines
changes in stanza structure
a poem of two halves
long sentences
short phrases

But choose your subject matter to suit this form change. Remember that form arises from subject matter, that it can be used to effectively reflect emotional tone.

This work is licenced under a Creative Commons Licence.

'AppleHouse' because that's where it all began in 2004: weekly groups and Saturday workshops led by some of the best poets in the UK in a small studio in the middle of an apple orchard in the South East of England. 'AppleHouse' because writing is a fruitful exercise, whether or not we produce poems that we want to share with other people. 'AppleHouse' because this site is an open house and its aims are to encourage, strengthen and celebrate the work of both apprentice and more experienced poets through writing exercises and reflective practice. Please feel free to browse and experiment, enjoy the challenges and comments, the prompts, poems and random thoughts.